From Amsterdam to New York via Naples.

The Patta x Tommy capsule celebrates NY and 90s Hip Hop Culture through a reinterpretation of the iconic styles that characterized the golden age of Rap: blending Tommy Hilfiger‘s classic preppy-inspired garments with Patta‘s relaxed and timeless fit, they have created an essential collection consisting of hoodies, sweaters, tees, crews, the timeless Varsity Jacket and one of the pivotal pieces of Hip Hop style: the racing jacket. Their famous emblems have been combined in a unique and unrepeatable logo, applied on all styles.

We created the Patta x Tommy campaign thinking about the atmosphere of New York in the golden age of Rap: The Streetstyle, the Break Dance Battles improvised at every street corner, the big Boomboxes carried on the shoulders with loud Hip Hop music and, of course, the original (or ‘faithfully reproduced’) Tommy Hilfger logo on every jacket, sweatshirt and tee.

We imagined that suggestion by setting it within the borders of Campania, more precisely in the suburbs of Naples, which – in our opinion – has several points in common with the ghettos of NY.

In Naples, too, the Hip Hop scene is well established since the 1990s and has given the Italian music scene some of the most talented artists in the country and, just as it is happening in NY, it is experiencing a second spring, depopulating even among the very new generations.

In addition to this, just like in NY, those who live in the working-class neighborhoods establish an unbreakable bond with the street, made of unwritten codes that condition their style, of trends that are born and spread as fast as a song shot at high volume, in some improvised Soundsystem. The attitude of these two subcultures is similar and, though far apart geographically, speaks the same language.

The campaign shoot was entrusted to photographer Gaetano de Angelis, a phenomenon of realistic photojournalism who also directed the models toward a “True Ghetto” attitude.

The shots aimed to highlight the Patta x Tommy styles and its authentic belonging to the Hip Hop subculture: every detail of the shoot refers to the immense influence that the American Rap scene has bequeathed to the world, and how this influence still survives today, especially in a parallel so far from NY. 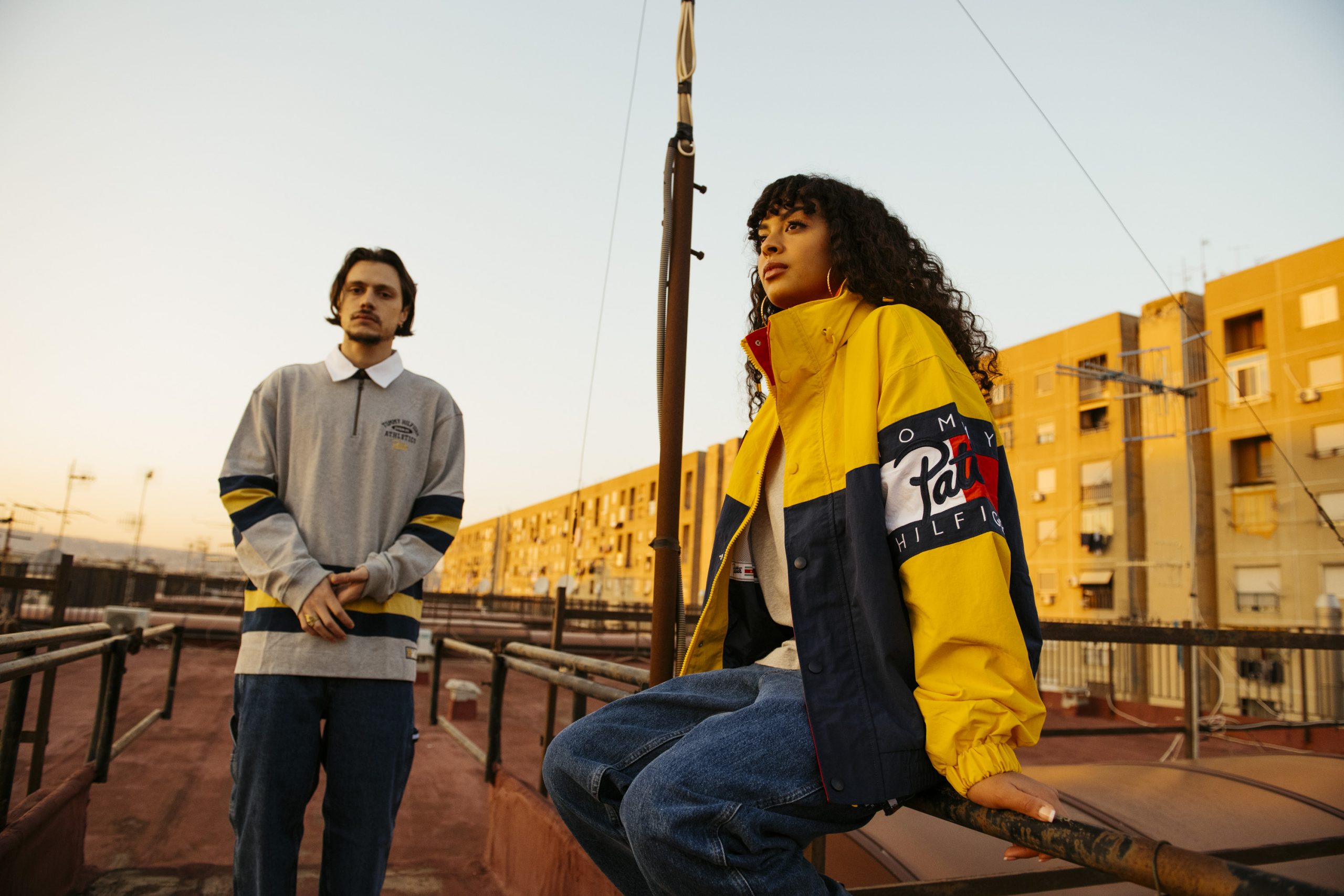 Garments such as the Regatta Jacket, a staple piece of Hip Hop culture that takes inspiration from racing jackets, is made of 100 percent nylon with a mesh lining, features Patta x Tommy brand embroidery on the right sleeve and under the collar on the back side of the jacket.

The Patta X Tommy crewneck sweatshirt features large appliquéd twill “Hilfiger” lettering and is finished with the classic Patta x Tommy flag in the center. The fit is loose and relaxed, while the color scheme is either Gym Gray or Sports Navy.

The Patta x Tommy Rugby Shirt polo shirt is in perfect Preppy style, it features a white collar and half zipper on the front, three stiches on the sleeves and at the bottom of the shirt, and the embroidered Patta x Tommy pennant on the left side.

Another identifying piece of the collection is the Varsity jacket, made of wool blended with leather sleeves. It features patches on the right side of the front and a large embroidery with the names of the two brands decorating the entire back. Completing the look is the classic snap button closure, ribbed wool cuffs and collar.

We are proud to present this exceptional collection in our Black Box stores and online at blackboxstore.com 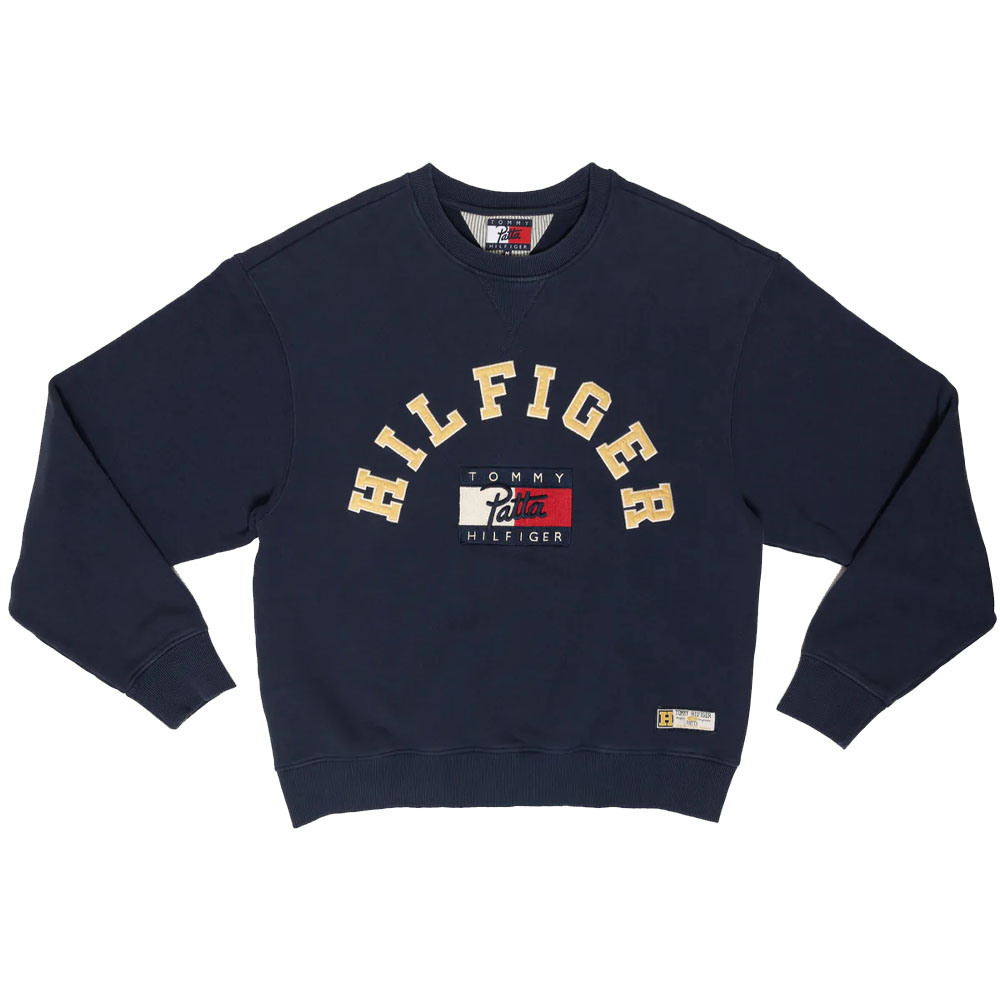 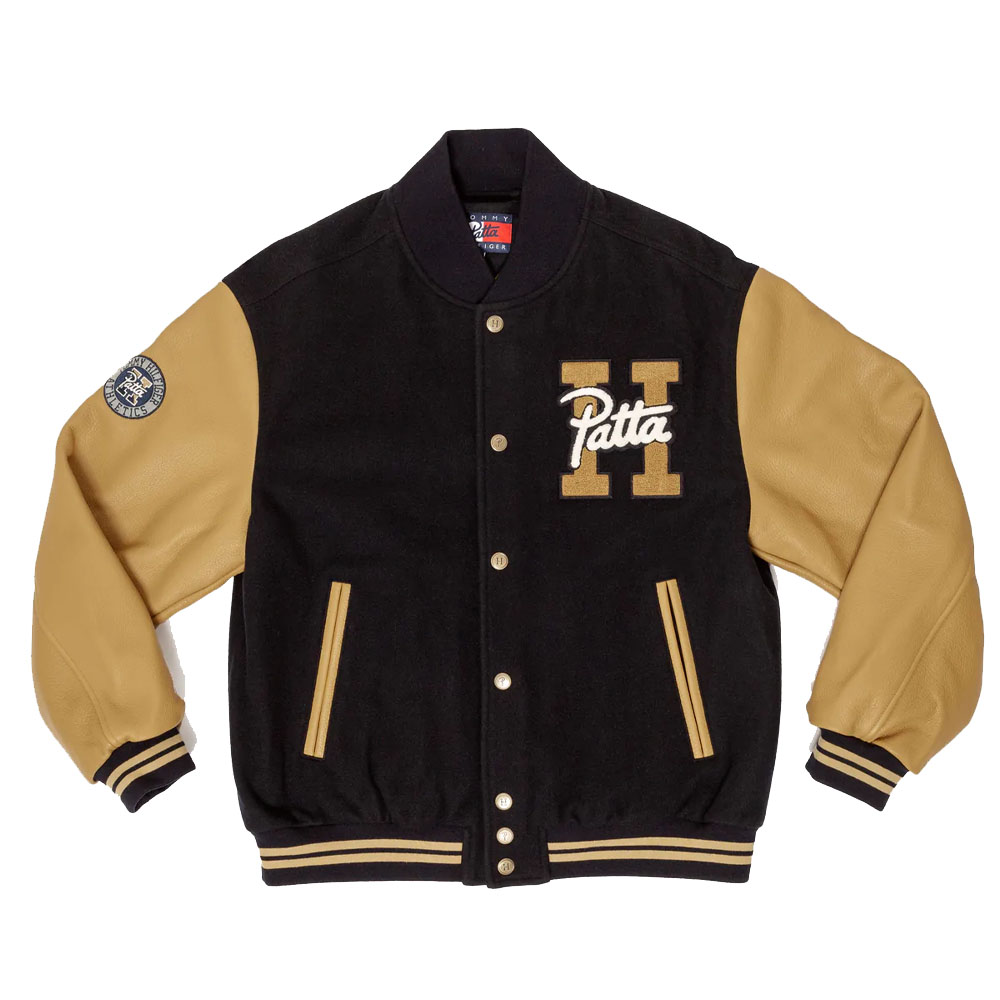 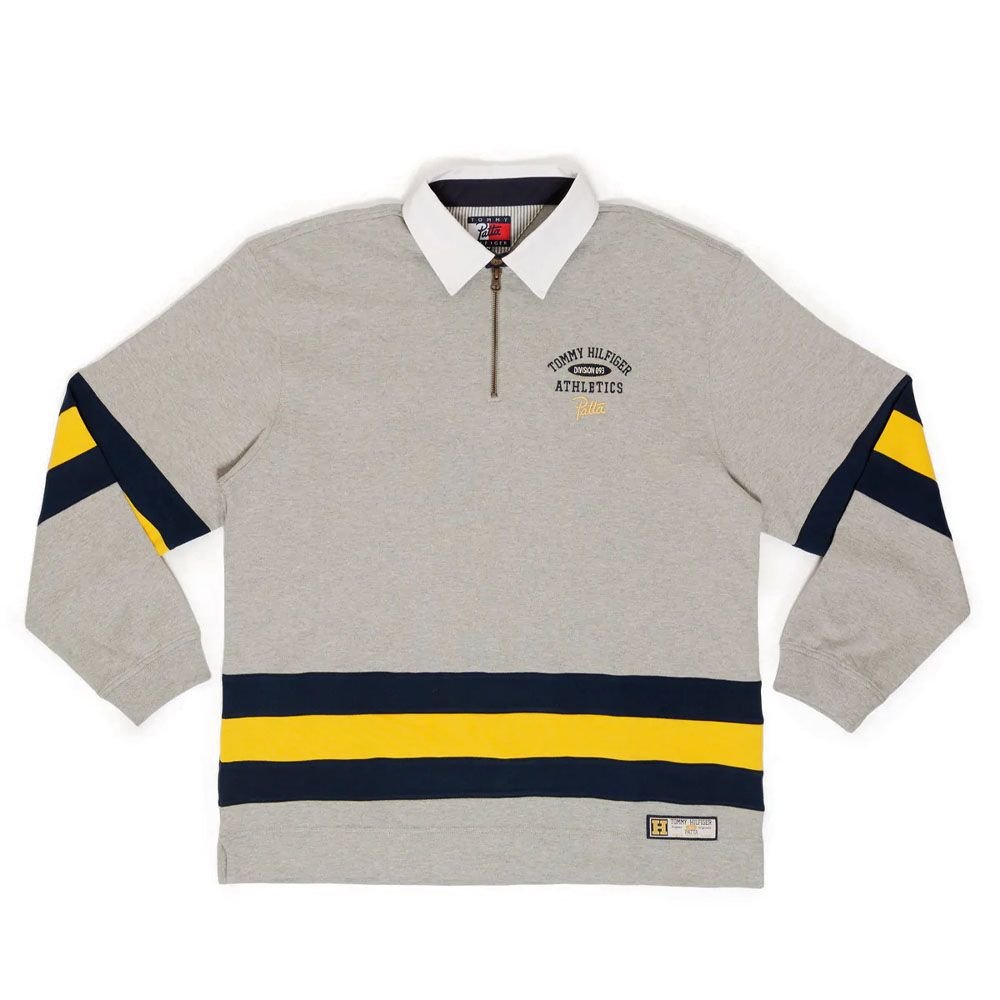 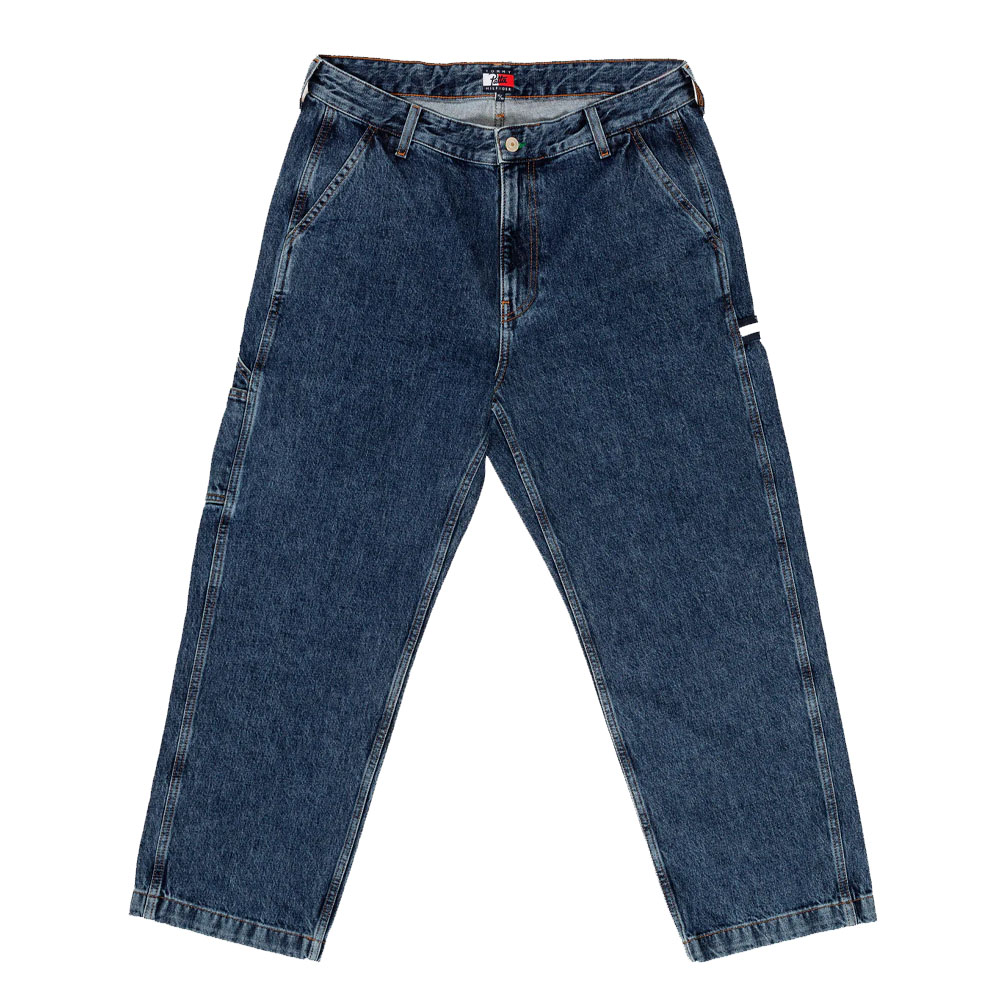