Is the Mowabb a Huarache or not? 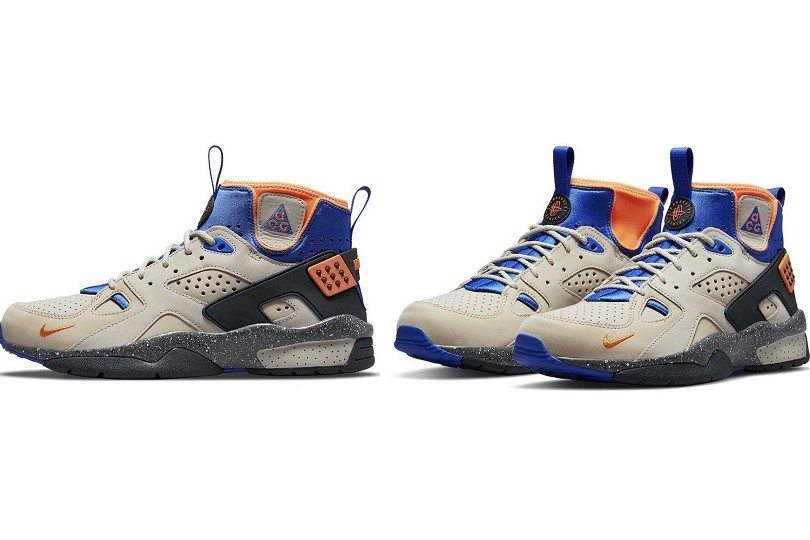 1) HUARACHE YES or HUARACHE NO?

If you’re a Sneakerhead of a certain level, you’ve wondered why the Nike ACG Mowabb, despite being very similar to the Air Huarache – so much so that it’s considered a MID version – is not.

Starting with the similarities between two models: they show the ‘Huarache’ logo on the tongue, the Neoprene fabric, the plastic cage on the heel and the ‘wavy’ design of the sole.

The differences, however, are more incisive than the similarities, even if at a glance it might seem the opposite.

The intent of Tinker was to create a trainer-outdoor studied in detail, with accurate finishes and definitely more refined than the Huarache. The ACG Mowabb could be considered its PRO version.

But what really makes the difference is the ACG label: the Huarache is not part of the same label, and that logo on the tongue of the Mowabb was wanted by the designer for the reference to the first sneaker on which he used the Neoprene fabric.

So, to answer this question definitively: No, the ACG Mowabb aren’t Air Huarache.

A camping in Moab – in the Utha State; unspoiled nature, rocky mountains to climb, raging rivers, unexplored spaces and a group of friends passionate about outdoor sports.

They included one of the world’s most brilliant designers, the future CEO of Nike and a famous rugby player.

The three of them were working on new designs for Nike’s fledgling ACG – All Conditions Gear line.

Tinker Harfield thought of the name Mowabb, letting himself be inspired by all the suggestions, the atmospheres, the feeling of freedom that Moab gave him during his many trips there. 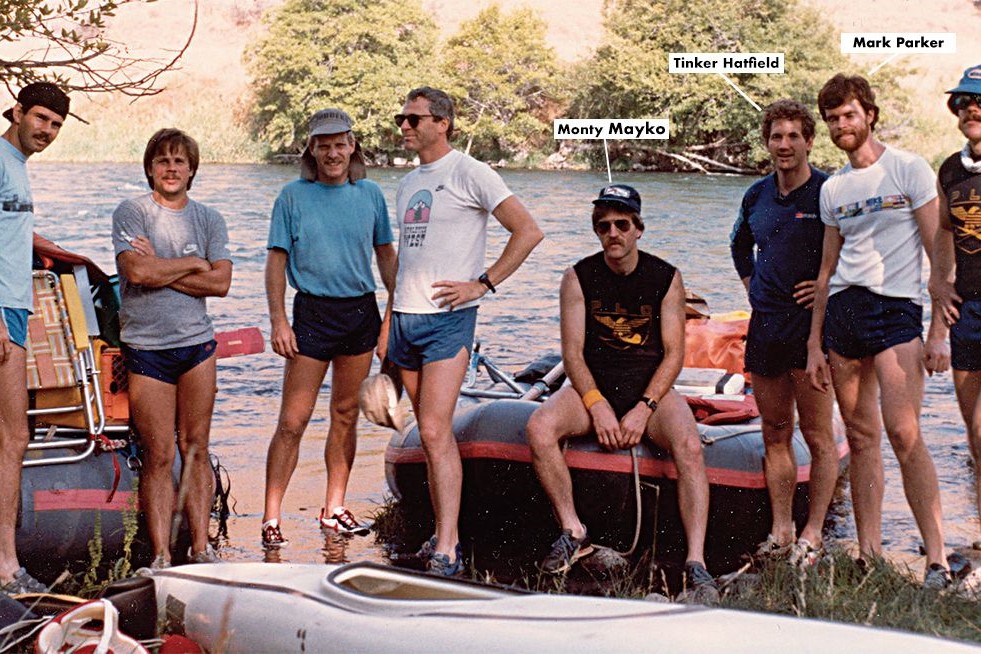 The Nike Air ACG Mowabb was one of the first Sneakers to have a spotted midsole: a quirk of Tinker Hatfield’s?

Maybe so, in any case the designer had to spend several months with his team in factories in Asia, before they arrived at the final version of the spotted sole!

During his bike rides at Silck Rock, Porcupine Trail and along the Colorado River and Green River, Tinker had the intuition of a cross-trainer with which he could do anything, walk along the banks of a creek, climb a mountain, go mountainbike or simply trekking.

During one of his walks, he drew a sketch of a stylized fish, thinking about their fascinating color combination.

Later, he started from that sketch by adding details of the moccasins worn by Native Americans: thus was born the design of the most “multipurpose” shoe – as he himself defined it – by Nike.

Designed by Steve McDonald in 1993, the Air Revaderchi were part of the “Huarache” line and were technically and stylistically the heirs of the Air Mowabb.

The silhouette of the Nike Air Revaderchi was nothing more than a Huarache revisited, albeit at a higher price.

It did’t have the luck that certametne deserved, remaining for a small niche of people, however, its name still makes you smile: “Air Revaderchi” is a play on words of the Italian “arrivederci”.

The Nike ACG Air Mowabb appeared in an episode of “Seinfeld”, entitled “The Library” in 1991: from that moment Jerry Seingeld, the leading actor of the series, usually wore them combined with classic denim 90s. A new trend was born. 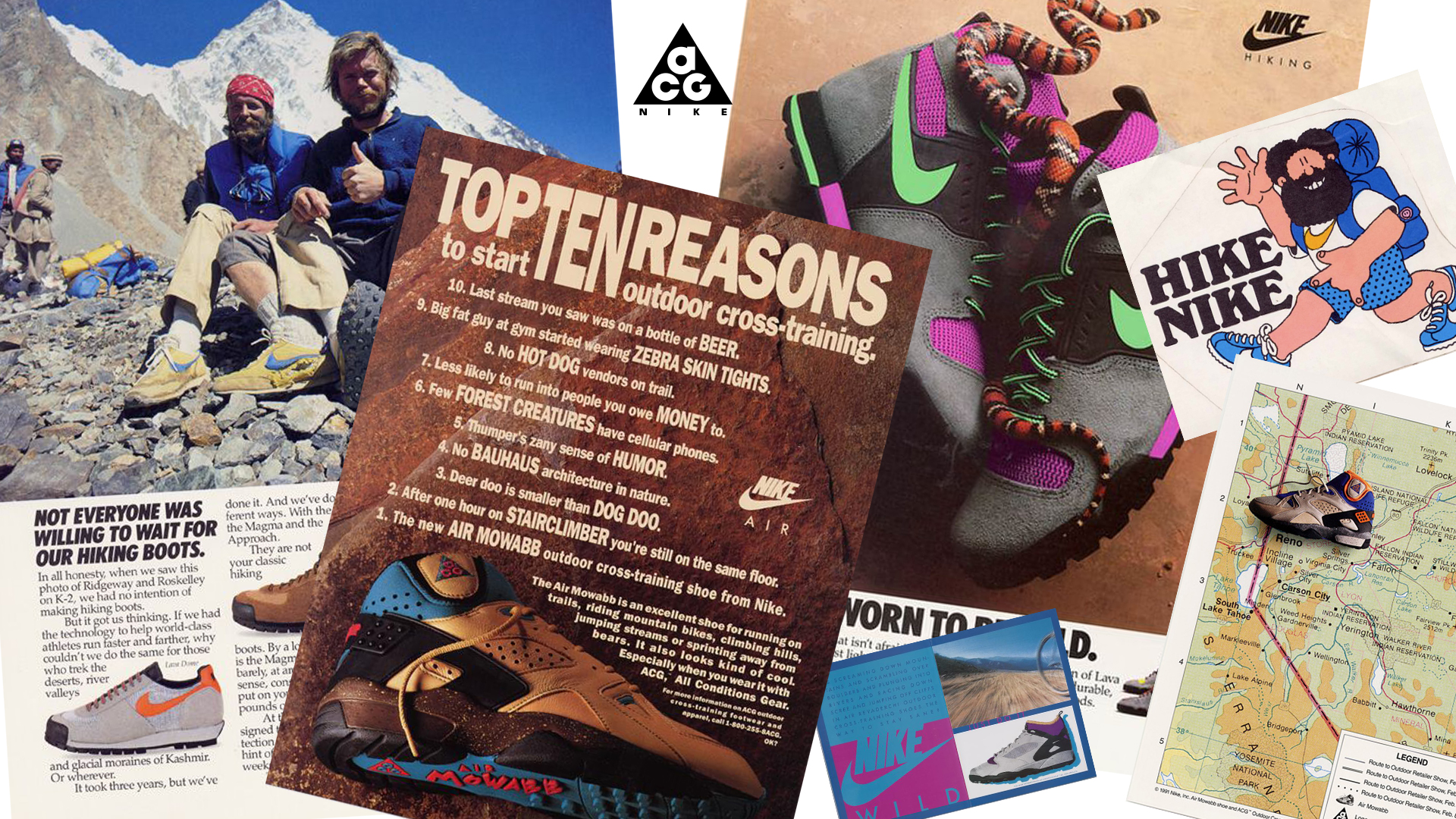