The Year of the Huarache

This year Nike celebrates one of its most famous and iconic silhouettes: the Nike Huarache.

Originally released in 1991, the Nike Huarache celebrates its 30th anniversary.

The running shoe is, to this day, so celebrated because it marked a radical turning point, first, within the Nike production of the time and then, throughout the Sneaker Culture.

Breaking the traditional patterns, its arrival on the market started a real revolution in the conception of running sneakers for decades to come. 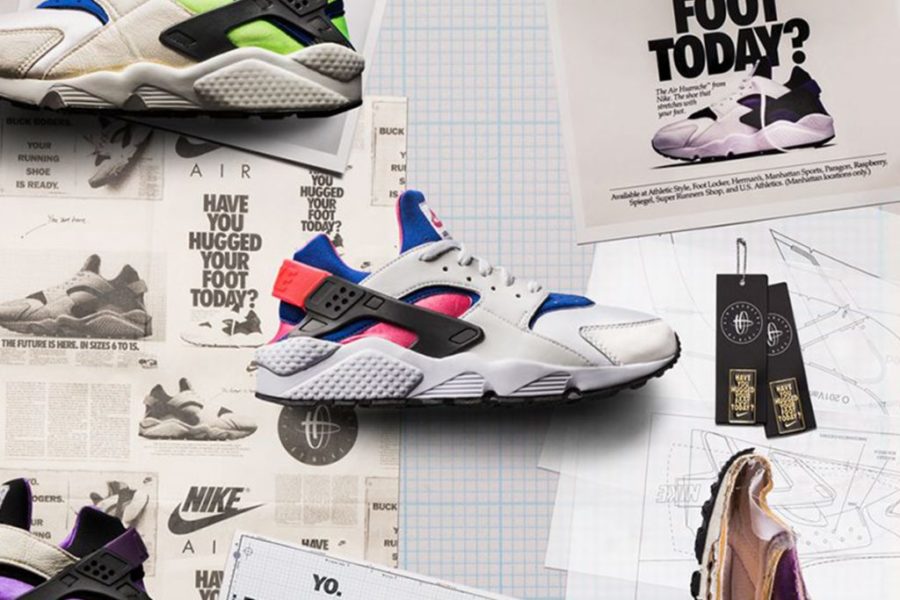 Since its foundation, Nike’s main mission has been to create the perfect running sneaker for comfort and performance.

This innovative spirit has ideally passed from Bill Bowerman to Tinker Hatfield.

The young designer, after the creation of numerous cults with the Air Jordan line and icons such as the Air Safari, Air Trainer 1 and of course the legendary Nike Air Max 1, was the most credited with giving life to the ideal sneaker for every runner.

The idea came after an “unfortunate” fall during a session with water skiing. In fact, he realized how the non-slip neoprene boots he wore guaranteed a perfect fit.

From that moment on, the concept-design literally took shape. In the very first sketches Tinker Hatfield developed a unique ultralight structure with the perfect combination between a neoprene sock and a leather upper. 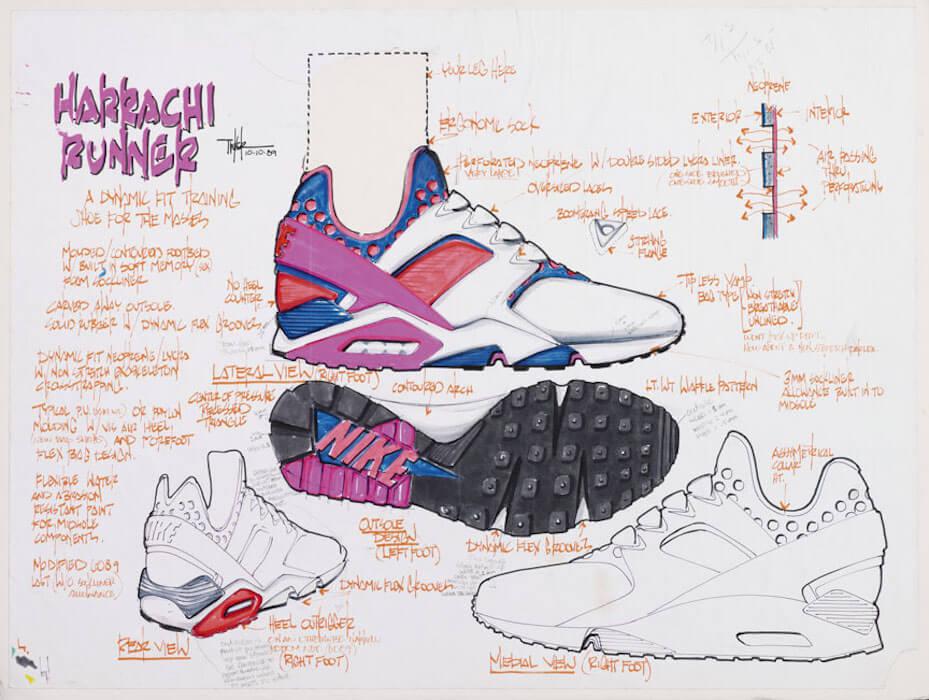 The vision of Tinker Hatfield was not limited to technological and design innovations only, his new project also included to overturn the classic canons of Nike branding.

With an unordinary move, the iconic side Swoosh was completely removed, thus minimizing the impact of the Brand on the new silhouette.

The final touch was the – ingenious – choice of the name Huarache, which was the name of a typical Mexican sandal. 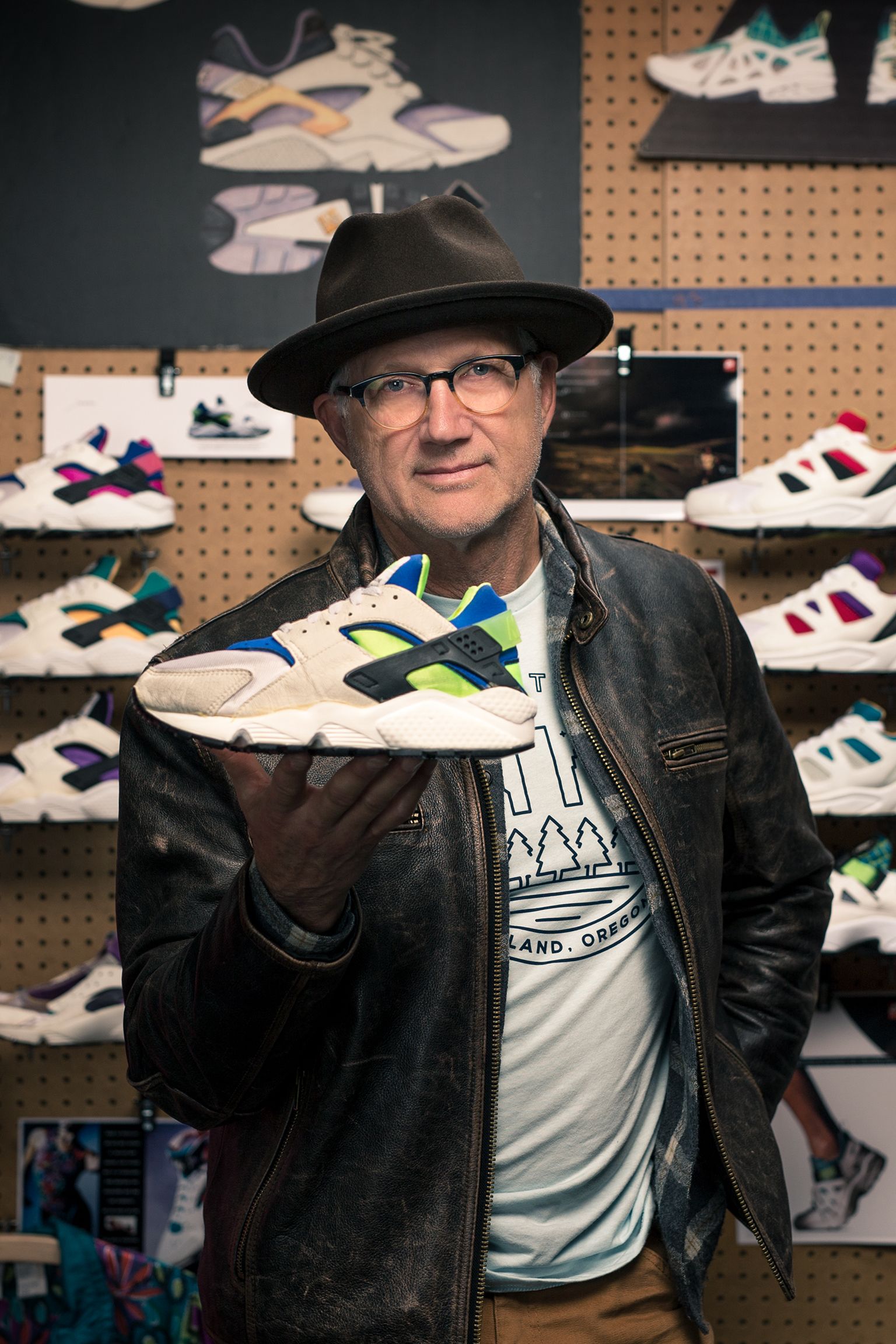 Nike’s executives response was a refusal.

The idea of ​​branding reduced to a minimum, the almost total absence of the Swoosh was very radical and risky, even for their best designer, and the reception of the public was also very cold and the shoe seriously risked not being produced.

The minimum number of orders not reached resembled the deadline for the Huarache project.

According to the book ‘Sneaker’ by Howie Kahn, Alex French and Rodrigo Corral, the success and spread of the Huarache phenomenon is due to the gamble of Product Manager Tom Hardge who, like Tinker, saw the future of sneaker game in the Huarache silhouette.

“But one of our product managers thought it was awesome, and without proper authorization, he signed an order to build five thousand pairs even though there were no orders. He stuck his neck way out there. He saw what I saw. And he took those five thousand pairs to the New York Marathon, not a place you typically went to sell shoes, and he sold them all in like three days at the exhibition hall right there near Times Square. Word got out. They went like hotcakes. In a month, we went from zero orders to orders for half a million pairs.”

In the fall of 1991, the shoe was finally released to the public.

In addition to the crazy colorways, futuristic design and technological advancement, the strength of the Huarache was to break through as a lifestyle sneaker to become a true Pop icon.

From Jerry Seinfeld, Will Smith and even Michael Jordan, the Nike Huarache were on everyone’s feet. 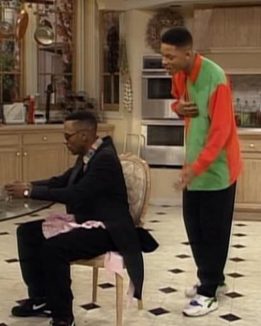 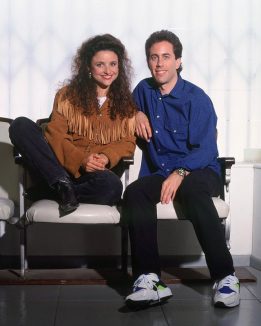 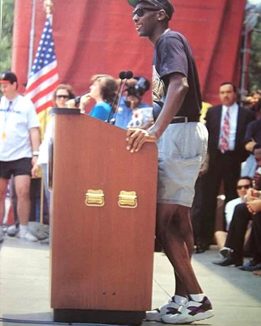 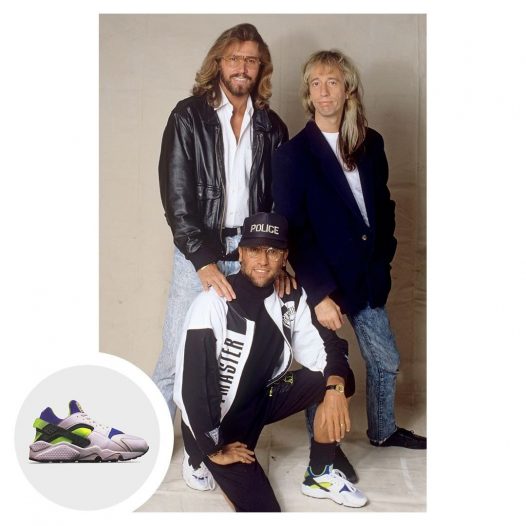 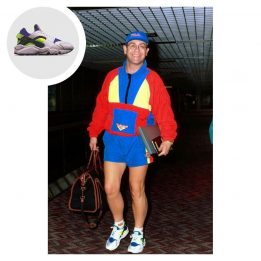 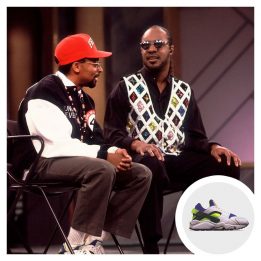 If all this were not enough, the Nike Huarache marketing campaign is one of the most famous and iconic ever produced by Nike. Commercials, Spot Tv and Ad posters are a must in Nike’s iconography. 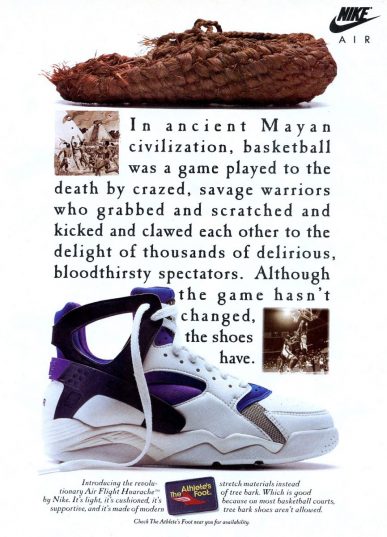 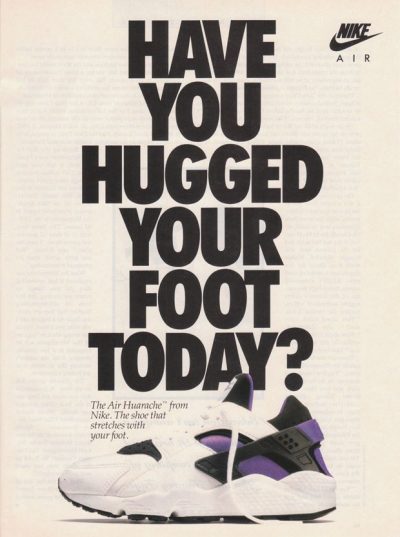 THE FUTURE IS HERE!