Palace's book is a lucid dream between no-sense and humor.

“Palace Product Descriptions: The Selected Archive” is the ultimate book to give as a Christmas gift.

Impossible to pigeonhole the Palace label within a standard definition.

The brand born in London in 2009 by Lev Tanju, is an explosive and heterogeneous blend of a lot of influences, the first on the list is definitely skate. But it’s not the kind of all-West Coast skate culture, neon Tie Dye T-Shirts and bleached blonde hair we’re used to. It’s a much more underground affair, in the narrowest and darkest sense of the word, more smoke gray and murky, like the suburbs of London, precisely. 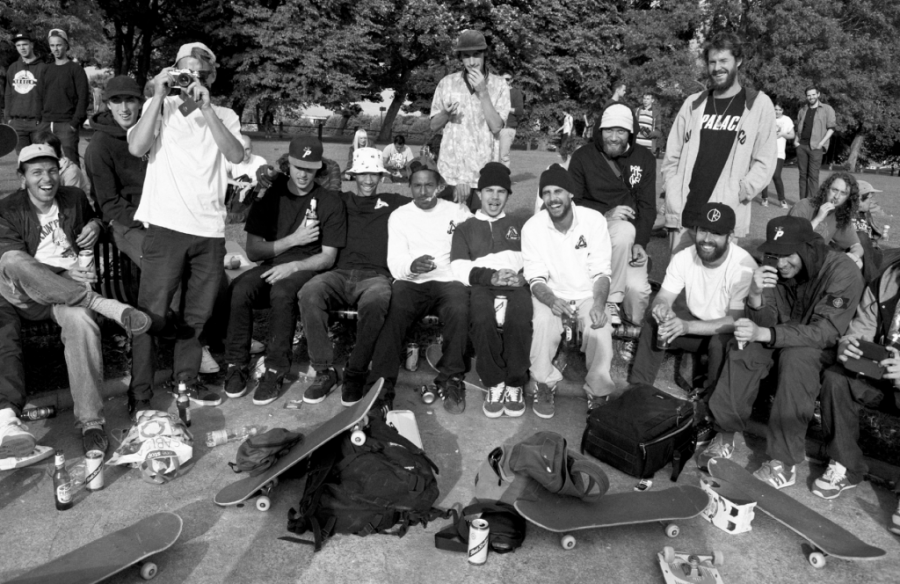 Why is called Palace? Brief history of the Palace brand.

In a more or less squatted Waterloo apartment, amicably renamed “The Palace” live Lev Tanju and his friends: upscale streetwear and party lovers, penniless, stylish and full of ideas.

McLellan had no idea about the English skate subculture, observes them with curiosity, thunderstruck by those friends with the terribly English but nonetheless uncategorizable style, he begins to follow them everywhere and, of course, photograph them in their craziest exploits. 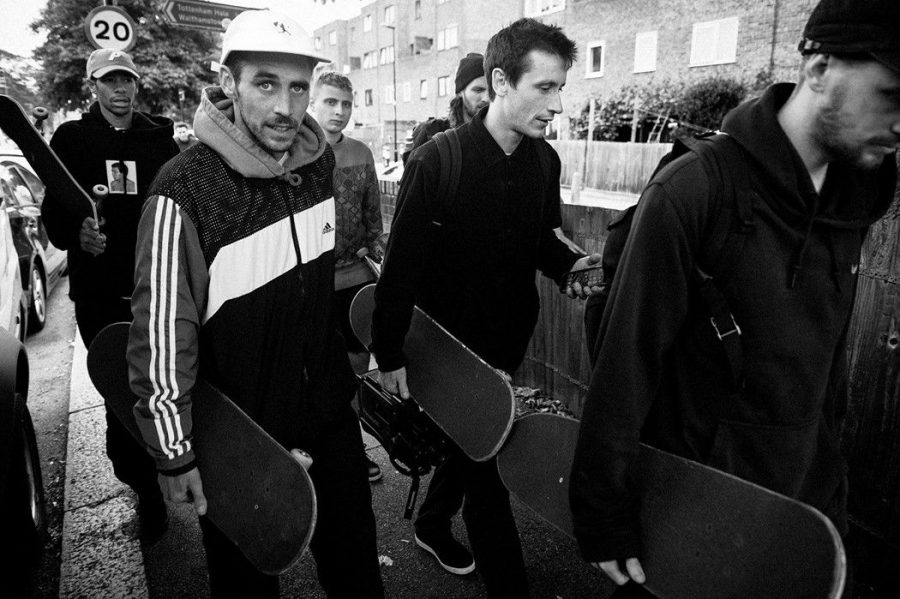 In the meantime, The Palace follows its natural evolution from a creative idea to a streetwear brand: Lev and his friends start producing a certain kind of clothing, very close to their own underground niche, which immediately proves to be a success.

The logo should reflect that indescribable mix of action, creativity and nonsense: an articulated triangle with the brand name along all its edges, the work of illustrator Fergus Purcell, for example. Everything about this brand is unconventional, no less so the online communication.

Palace sells T-Shirts, the sweatshirts, caps, pants, and skateboards, and it does so with “The Palace” style: the descriptions on the site are absolutely decontextualized and talk about something else entirely, leaving everyone bewildered and interdicted; chock-full of humor, social satire, strong opinions, and no-nonsense, as are the categories on the site, which are absolutely sui generis: “anatomy,” “animals,” “etiquette,” “philanthropy,” “romance,” and “travel.” The only element that can be traced back to the product is the photo gallery.

The very high online sales disprove any sort of respectable marketing genius, copywriter or social media manager and their marketing textbook theories that a clear and unambiguous description must be associated with each product.

In fact, Palace’s site represents a revolutionary marketing strategy that captures attention on an ongoing basis over time: every user is naturally led to follow the upload flow of every product, drop or release uploaded online, if only out of curiosity to read the product descriptions.

Now, all descriptions of “The Palace” site have become a unique collection, entitled “Palace Product Descriptions: The Selected Archive”: a book published by Phaidon and edited entirely by founder Lev Tanju. Palace Product Description is the official, printed archive of the infamous, most absurd descriptions found online on the site; the preface was written by writer, poet and literary critic Sam Buchan-Watts, who begins his talk with a quote from Ludwig Wittgenstein: “A serious literary work can be written entirely of jokes,” now we might add product descriptions, Buchan-Watts concludes.

Palace Product Descriptions: The Selected Archive is the book you don’t expect at Christmas, which is why it’s a perfect gift for fans of Palace, skateboarding, marketing, and any humor collection.

Available now at blackboxstore.com and in store. 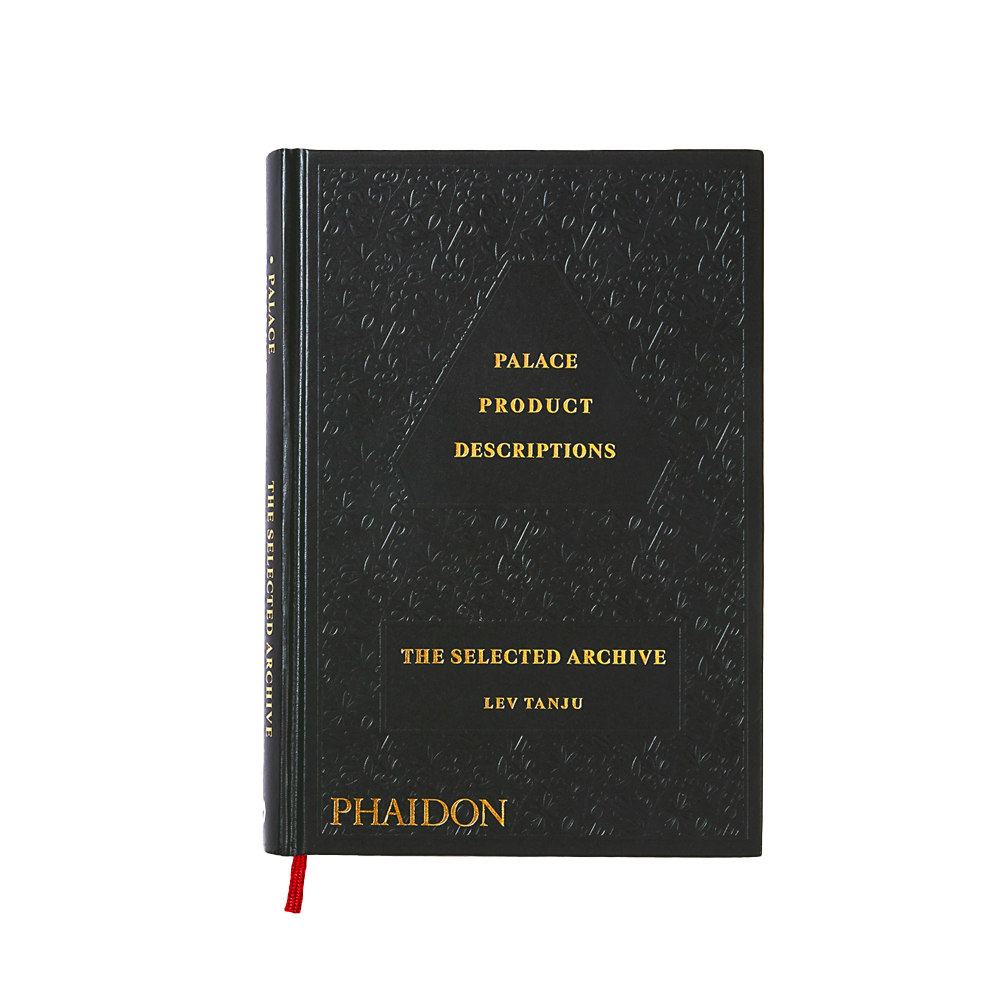 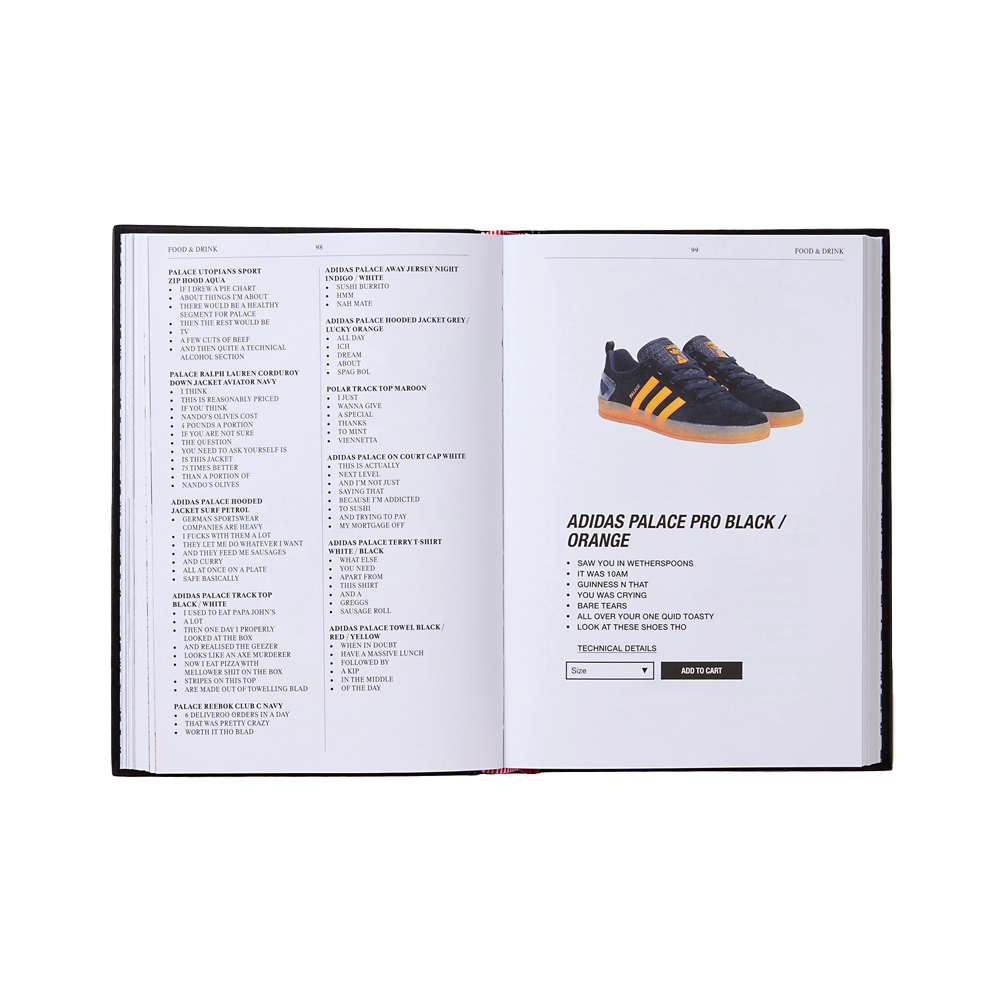 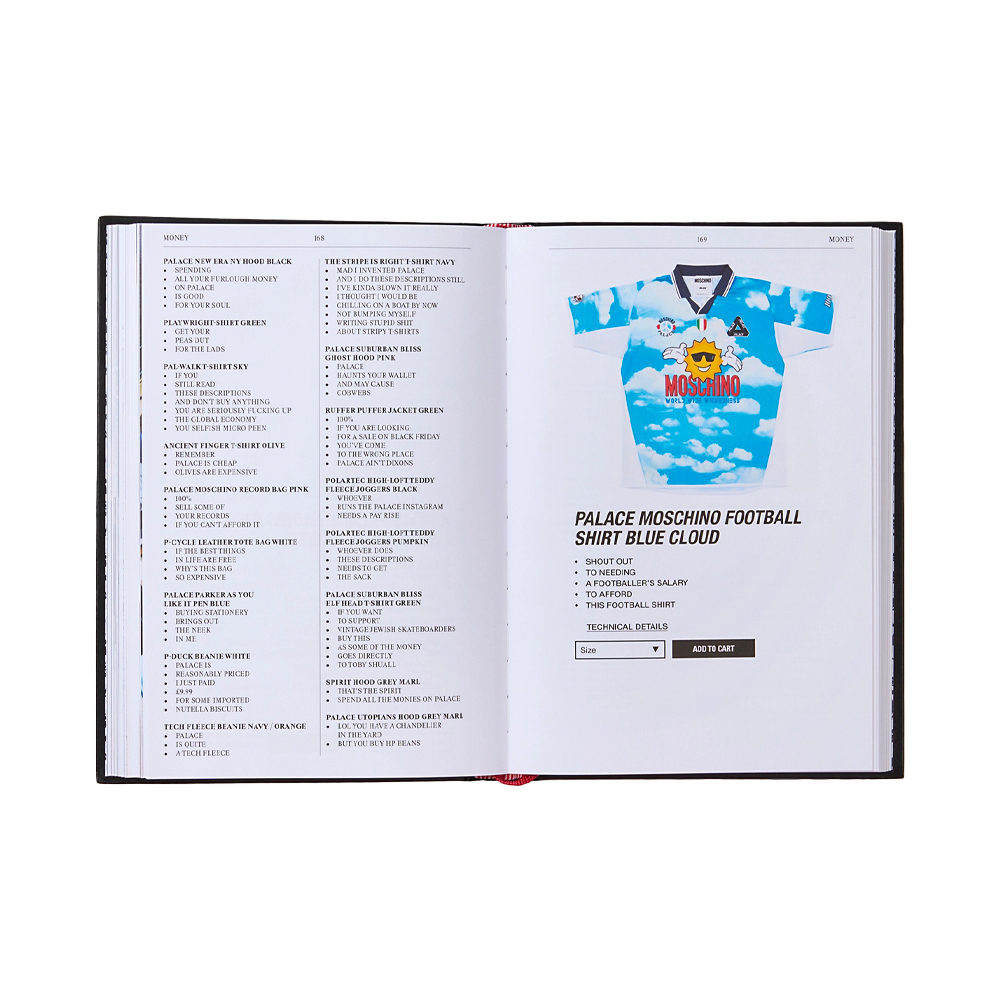 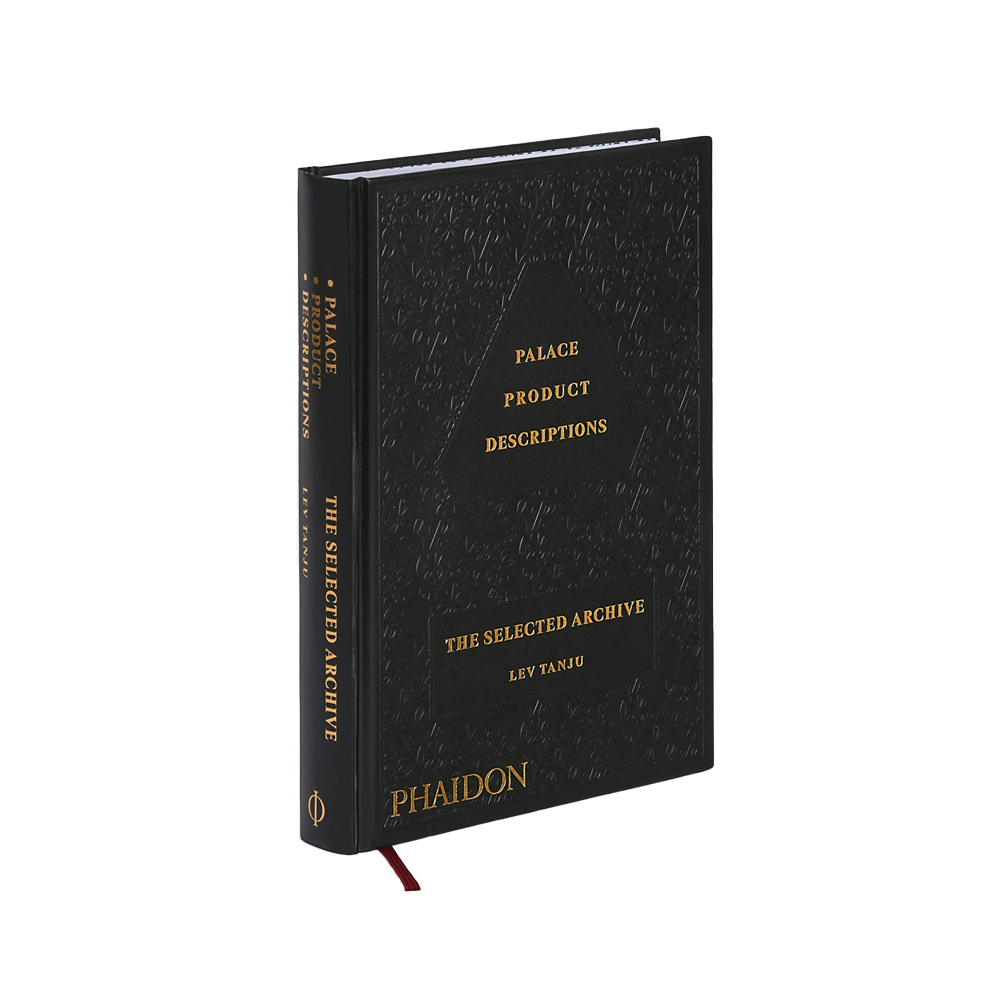